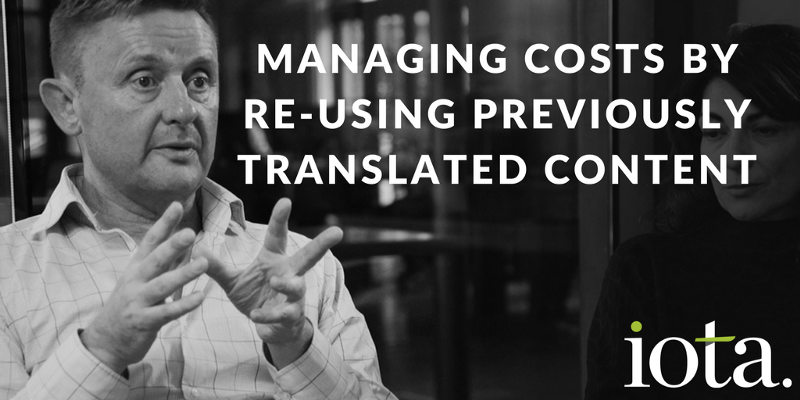 A question that we’re often asked by translations buyers is whether it’s worth checking (and paying for) previously translated material that has been automatically flagged for re-use in a new localisation project.

Almost all commercially available translation workbenches will identify and mark unchanged strings in the source material. So, where a string has previously been translated and is “in exactly the same place” in a particular file, the saved translation for that string is applied in advance of a kit being prepared for translation. Typically the tool will “lock” this string out but still have it visible to translators if needed. But essentially they don’t have to process that string, so it takes no time, so it has no cost. Which is right and proper.

A grey area will occur when we have a new string (or segment) in the source that has a match in your translation memory. Essentially every word of that new segment has been translated before, in the same order. That’s a 100% match. The bigger the number of words in a segment, the safer we are in letting it “slide” when it comes to accepting the translation without a check. But when we get to single word segments (UI items for example) we can run into issues. The word “record” for example can be a verb or a noun in English which will have two totally different translations in most languages. In that case you really don’t want to accept a previous translation and run a 50% risk that you’ve got the wrong word.

In the final analysis this is a value decision of course. 100% match checks typically cost about one third of the rate of a new word. Depending on the number of 100% matches you have to review it may be worth the cost to have your translators ensure that the inherited string is right in its new context.

Who owns your translated words — and why it matters

How VC’s view your International Expansion Plans…
Scroll to top